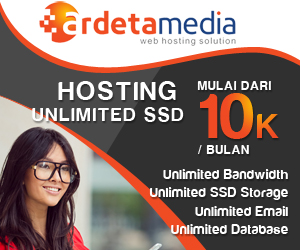 TRIBUNNEWS.COM, JAKARTA – The Ministry of Marine Affairs and Fisheries (KKP) has designed various programs and activities to maintain sustainable marine and fisheries resources in order to improve community welfare. The program for the spread of cultivated fish seeds to the wild (restocking) is one of the routine agendas carried out by the KKP to realize these sustainability and welfare goals.
Read More

KKP has successfully produced various local commodities such as Baung fish, Nilem, Jelawat, Kapiat, Kuwe, Kelabau, Tawes, Papuyu, Giant Prawns, and Tiger Shrimp. Apart from local fish and shrimp commodities, one of the commodities that are routinely spread in public waters through the Brackish Water Cultivation Fishery Center (BPBAP) of Takalar is the crab.

Director General of Aquaculture, Slamet Soebjakto, revealed that the restocking activity aims to save local endemic commodities, especially those that have decreased stocks in community economic areas such as lakes, reservoirs and other public waters.

“The availability of fishery resources in nature, especially the population of fishery commodity types that are routinely spread by the KKP is difficult to find again due to overfishing. Apart from local endemic fish, commodities such as tiger prawns to sea crabs or small crabs, said Slamet.

Slamet added that his party hopes that the routine distribution carried out by the KKP can make a real contribution, especially to coastal communities who rely on natural catches for their livelihoods.

“Participation from the community is needed to ensure the sustainability of small crabs is maintained by the sustainability of their business to continue by carrying out responsible and controlled fishing and the use of environmentally friendly fishing gear. In addition, it is also important to maintain the quality of the marine environment and the living habitat of the crab so that it remains sustainable. This is also a form of concrete support for Minister Trenggono’s policies and commitment to ensure that Indonesia’s marine biota are maintained and sustainable, ”explained Slamet.

In terms of cultivation, Slamet ensures that his staff will continue to make maximum efforts to carry out the function of supporting fish stocks in nature, especially for crab stock. Moreover, crab is one of the export commodities of Indonesian fishery products and contributes quite a lot to the country’s foreign exchange.

“The abundance of fishery resources that have high economic value, such as crabs, will support the growth of the domestic fishery industry and increase the welfare of the community,” Slamet concluded.

In line with Slamet, Head of BPBAP Takalar, Supito explained that the presence of small crabs in nature can also function to maintain community food security because it is quite widely known and consumed by the community.

“We have also made maximum efforts so that the availability of seeds for restocking needs can be met to anticipate the decline in population stock in nature which will affect the contribution of regional income and job opportunities for coastal communities,” Supito continued.

Supito also said that the crab seedling and cultivation technology carried out by BPBAP Takalar has also been introduced to the public with the hope that this commodity will be able to develop this commodity as one of the leading aquaculture commodities in the future.

“The potential of the crab as a commodity with high economic value must be preserved so that the sustainability of the crab commodity in the future can be guaranteed,” added Supito.

For information, until mid-April 2021, BPBAP Takalar has successfully carried out the restocking of 250 thousand crab seeds in several locations such as in Galesong and Sandrobone waters.